Posted at 17:06h in News by DRM Project Office

Encompass Digital Media will be running a one-off transmission from its site in Woofferton, UK, on Friday 4th of November. This electronic music broadcast will target the whole of India, around 5,000 miles (or about 8,000 kilometres) as the crow flies to the centre of the country. This might be the longest distance Encompass has covered with its DRM transmissions.

Before the actual broadcast, several tests were run using different frequencies, antennas and power combinations. The final test on November 2nd to confirm final set-up was a great success as the audio could be recorded from a KiwiSDR online receiver located in New Delhi. The SNR of 20dB was measured in New Delhi and 23.9dB in Bangalore, which proves the power of shortwave radio and how DRM and its excellent sound, even in shortwave, can travel such long distances. The audio was also decoded in Bangkok, and a listener report came even from Canada!

This experimental broadcast promoting the music of C. M. Obrecht is scheduled for tomorrow, 19:00 – 20:00 UTC, on 11710kHz. It will use xHE-AAC codec with DRM Mode B, transmitting at 125kW on a 78* bearing from Woofferton. The audio will be accompanied by ancillary data including a slideshow image of the album cover art.

Although the transmission time will mean it will be quite late in India, Encompass is interested in receiving any reception reports from within the country, particularly from anybody using a car radio. Please send reception reports to Steve Palmer at: spalmer@encompass.tv (This is also the address to use for further information about Encompass’ DRM projects and services). 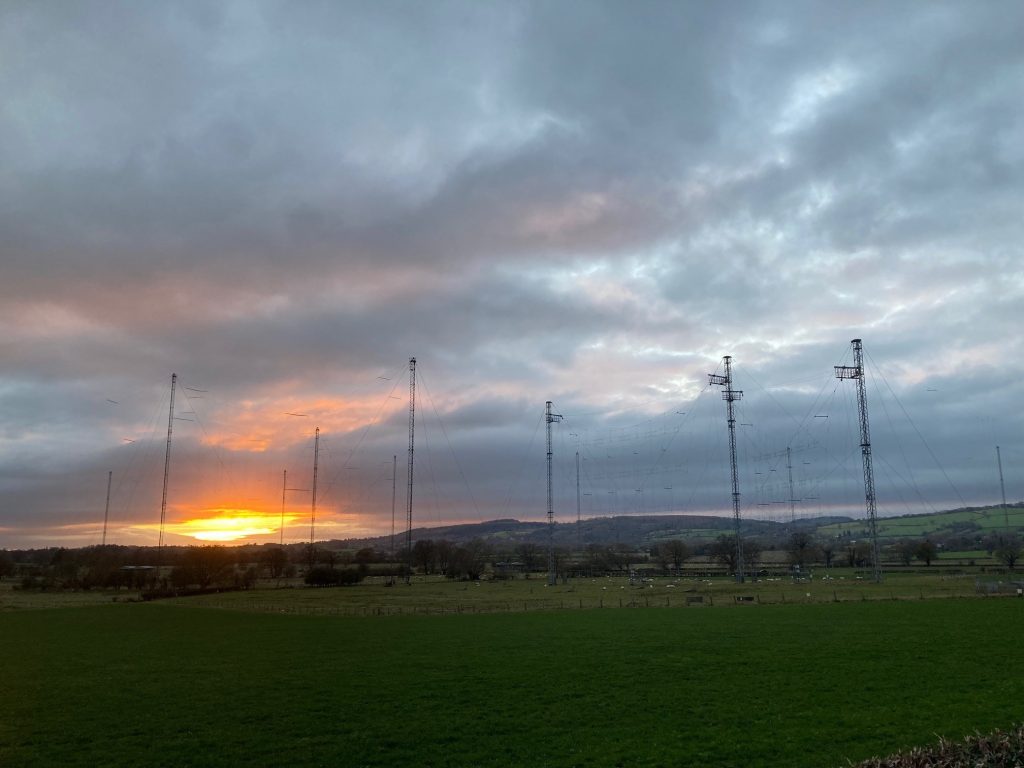