Posted at 15:57h in News by DRM Project Office

On May 28th Brazil experienced  the first DRM broadcast in short wave originating in Brazil mainly for Brazil.

The public broadcaster in Brazil, EBC, with the collaboration of partners broadcast in DRM in the afternoon of the 28th with 130W in DRM in the frequency of 9755kHz. The coverage area is predicted to encompass North – Amazonia as well as the south of the country, the richest part of Brazil and other neighbouring countries.

Despite the low power used the DRM signal has been already received successfully in parts of the country, being audible in quality in the Sao Paolo State at about 800km away from the transmission site in Brasilia. The audio of the Amazon National Radio was received there in excellent digital quality.

The transmission system was put together with Brazilian know how and with the assistance of EBC and key members of the DRM Brazilian Platform like Rafael Diniz, researcher at the Catholic University of Rio de Janeiro. Staff of the EBC and the Ministry of Communications chose to broadcast using one antenna system at Rodeador Park (EBC’s High Power SW Broadcast Centre). The antenna used has 16dB gain and north-south radiation pattern.

Tests are continuing and more measurements and feedback are to come in the next days and months.

Read more on this news story: 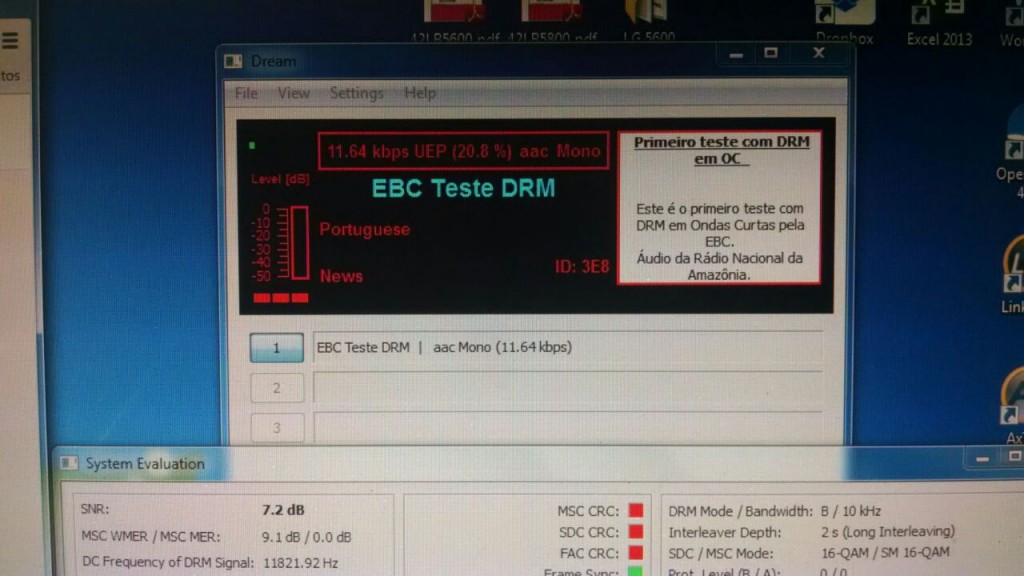