On March 24th, the DRM Consortium introduced the leadership of the South Africa DRM Group relaunched during a virtual DRM Update event.

As explained by Aldred Dreyer, the objectives of the group, as a credible authority on the DRM standard in South Africa, to advocate the use of DRM as the preferred standard for digital sound broadcasting in South Africa where both DRM and DAB+ have been adopted and recommended. The Group wants to have representation from all stakeholders and groups in South Africa like broadcasters, organisations representing youth, women, disadvantaged South Africans, suppliers, manufacturers, retailers, and all government entities with the aim to create awareness and influence industry and stakeholders to consider all DRM advantages in rolling out digital radio.

The DRM update included an up- to-the minute presentation of the recently concluded, successful DRM for FM trial in India, given by Mr Alexander Zink and Mr Yogendra Pal. New geographic and receiver developments were introduced by Mr Radu Obreja and the DRM Chairman.

The questions at the end of the event augur well for the interest in the new SA DRM Group, which is open to anyone interested in digital radio DRM.

All the Consortium members and supporters of DRM in South Africa wish well to the relaunched SA DRM Group in its endeavour to support practically the broadcast eco-system, ICASA and the South African government in its radio digitisation effort! 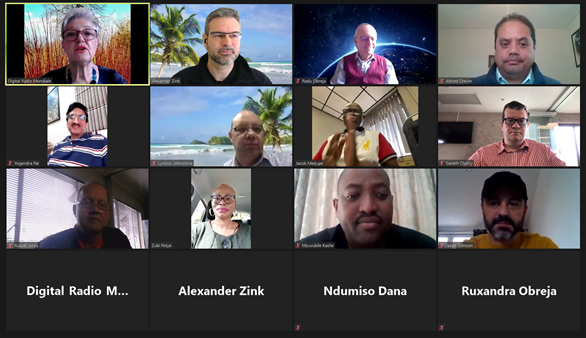